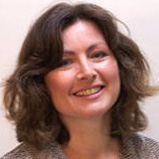 Editor's note: During 2001 through 2005 Gina Pickersgill transcribed the hypnotic language patterns spoken by Richard Bandler as he delivered his teachings on every London seminar.  Often drifting into trance whilst typing on her laptop she found that she could access that "trance-scribing" state at will and began using this unique skill to come up with channelled writings for all sorts of topics.

This style of writing sometimes creates for the reader the type of hypnotic states experienced by his students, and are a great example in written form of some of the spoken techniques used by Dr Richard Bandler. The reader is urged to view the text below in a relaxed way without trying too hard to 'make sense' of the sentences, but instead to notice the feelings and internal states that come up in response to them.  The words are designed for a specific purpose, all of which will become clearer after having experienced the master of unconscious communication himself.

“Through not observing what is in the mind of another a man has seldom been seen to be unhappy; but those who do not observe the movements of their own minds must of necessity be unhappy.”  Marcus Aurelius

The idea that NLP has become popular in the main stream is because of some aspects that have shown to be popular to the masses.

Its ability to influence, for example, comes from the idea that it’s easy to manipulate someone using its technology, and so therefore it becomes popular as a way to get people to do something they perhaps don’t want to.

The other idea is that it is easy to know what another person is thinking and becomes a way to get inside the mind of those who we want to manipulate, making it a doubly powerful way to exert our personal control on those we wish to make inroads to doing what we want them to do.

But in so far as influencing a person for our own gains we can notice what it does to leverage the motivation of that person and find out how to make it something they want to do for themselves.

Motivation is one of the biggest motivators for learning NLP in the first place, and it is well thought of because we can show people the mechanics of motivation and how it works to become a process that can be used for their own life before using it responsibly with others.

Once applied, the mechanics of motivation can be utilised in other areas where a person wants to be motivated to behave in a certain way or believe in a certain idea.

The idea of certainty is one that crops up again and again and before you know it you are certain about ideas that you don’t need to be certain about because they make you think you‘re a certain way without really knowing for certain why you became that way in the first place. In order to undo what you don’t need to be in the time it takes to notice what you need to do differently, (because it was just a way of thinking that kept you thinking you were undone), NLP can help you notice that’s not the case and move you on to a new strategy that helps you manifest a different set of behaviours that gets you the result you want.  Instead of being managed by your emotions you begin to manage your own neurology in the process of learning NLP itself and so the idea that NLP can be manipulative suddenly becomes a good thing.

The idea that you can manipulate your own brain in order to get the results you want is probably the best idea that has come out of NLP and probably the only one that you need to keep in mind when it comes to the idea of manipulation, because the whole point of NLP is to show you how you can prevent others from manipulating your own mind because you will have the tools to counter-ACT any decisions that are not your own and therefore be master of your destiny, without having to make excuses about why you were not achieving what you wanted to achieve in the first place. With NLP you can do anything you set your mind to and that includes not letting others manipulate you into thinking that NLP is manipulative.  That NLP is manipulative, as I have stated, can be a good thing when used by a trained practitioner who is willing to help you understand why being certain about some ideas in NLP is certainly not a good idea when it comes to stopping you being motivated to learn it for yourself.

"Gina is one of a kind and has contributed to the world of NLP with her innovative use of new technologies and ideas.  Gina has the ability to capture the hearts and minds of those she meets with her passion for doing good work and helping people become better at what they do in a gentle way.  She has created an eZine resource for NLP.  It is original in nature and it is focused on Healing. The Healing Pool Magazine, as it's called, is respected by her peers. She works to high standards and has been an experienced assistant on the London NLP Trainings with us.  She is quite influential and creative and I highly recommend her for individual coaching and corporate innovations, especially if you desire to gain the cutting edge scoop on psychological and technological developments. - John La Valle, co-author of Persuasion Engineering®, with Richard Bandler, co-creator of NLP"

To learn the hypnotic language patterns that are so effective with clients, book into our courses today! Click here for more information, or ring 0845 260 7930 now.

Testimonials NLP Practitioner - May 2018 from Camel

THE NLP Training. With Richard Bandler in London