In her wide-ranging interview with Dr Richard Bandler, Gina Pickersgill discusses the nature of shamanic healing, the holographic universe, DNA and the power of consciousness. 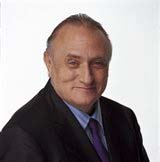 Gina: You recently mentioned in London that you had explored the methods of Mystics and Shamen. What is your definition of healing?

Richard: My definition of healing is when people get better. It’s a very simple definition: either you get better or you don’t. And healing can occur physically, it can occur psychologically and most importantly it can be both. 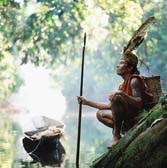 Gina: What are your thoughts on the role of the brain in manipulating our
immune system in the process of healing?
Richard: Well, it’s very difficult to separate our immune system from the brain, which operates it. Obviously there is such a thing as stress related illness such as heart attacks and blood pressure conditions. They have done tremendous studies that discovered the limits of your ability to heal and the relationship between those limits and stress has been duly noted. However, they haven’t duly noted the inverse, which seems to me obvious: that the more that people can go into just the right state, the more they can heal themselves of just about anything. In fact, most mystic healing is about state conditioned learning, where they put people into deep states of meditation through a variety of methods. Most shamanic healing rituals are designed to induce a state where people heal better. And there are two parts to that. One is that you believe you are getting better and the other is that you are in the right state of consciousness to do it.
“There is literally no limit to what we can do as we begin to harness the great power called consciousness”
Gina: Now that the New Biology (ref Dr. Bruce Lipton) has shown that DNA does not control our destiny, what do you think is the role of DNA?
Richard: DNA is obviously a message system. DNA and its relationship to RNA and peptides is the very mechanism by which you go from being part of a cell, to being a whole cell, to growing a whole human being. And the information about how to grow a healthy human being obviously is in stem cells. We have cells that can be anything and we have cells that can only be something. DNA controls the evolution from a single cell to being an adult human being. However, it’s not the only thing that can affect our well-being. When Gregory Bateson wrote "Steps to an Ecology of Mind” he demonstrated beyond a doubt, that DNA does not account for the hundreds and thousands of examples of mimicry where plants imitate butterflies, bugs look like sticks and so on and so forth. There just weren’t enough years evolutionarily to account for this, so there must be another mechanism that controls evolution, which I believe is consciousness. And our ability for consciousness to influence our DNA evolution and relating to the last question, of course, that the relationship to DNA producing peptides is going to be directly related to whether cancer cells regenerate themselves or die. We are all making cancerous cells but our peptides put an end to them and our DNA determines the quality of the peptides that we produce. It obviously is related to aging and the more we learn to control our consciousness, the more we will learn to control the quality of the DNA that keeps us young, the DNA that makes us smart, whether we grow and change neural cortical pathways. There is literally no limit to what we can do as we begin to harness the great power called consciousness.

Gina: I have seen you demonstrate a technique that some people refer to as Dr. Bandler’s Beauty treatment? Please tell us about that.
Richard: Basically what happened is that I noticed that when I hypnotically regress people repeatedly they looked younger. So I started first thinking, well isn’t there a way to maintain that. I noticed when I hypnotically regressed people to before the age of 5, who currently wore glasses, didn’t need them to see. So I started leaving people’s eyes young and growing the rest of them up to the present and it would change the prescription of their glasses radically to the point where they could see better. And done enough times, some of them could see without glasses. So I went a little step further, and did a DHE (Design Human Engineering™) treatment where we set up a mechanism in the back of their mind that repeatedly age regresses them hypnotically; when they sleep, when they blink, all kinds of things and in a state of time distortion. And it can take years off the way people look, it also ups their energy level and in some cases the bi product has been they recovered spontaneously from very serious diseases. Because they were aged regressed to where before the disease started. Now I cannot prove that but I’ve seen it enough times that I’m impressed with it.

Gina: What are your thoughts on the Holographic Universe Idea?
Richard: Most people that are talking about it have no idea about holograms. Having run an optics company and been involved in the field of Holography for some 25 years I understand the way in which you make a hologram. To me holography and mathematics of Fourier Patterns explain a tremendous amount about how human beings think and human beings remember. And of course holograms are a part of the universe, we don’t make them outside of the universe, but to talk about the universe as itself being a hologram is in my opinion a little bit foolish. Yes things in the universe recapitulate, but if you chop planet earth in half, you can’t still see the whole thing like you can with a hologram. In a Hologram all the information is contained everywhere. Now in a sense when we look at the stars, we are looking at a giant hologram except if half the universe blew up, it wouldn’t still be there in the other half. So it’s a metaphorical description. People love metaphors that make very complex things very simple to describe. The only thing is that when you take something that is extremely complex and you make it simple to describe it does not allow you to do anything else.

Gina: What are your thoughts on strong beliefs and the effect of those on the body, neurology and chemicals of the body?
Richard: Certainly, the thing about beliefs is they are like a program that keeps running, where you keep checking things against whether it matches your beliefs or not. And when your beliefs say that things are possible, and things will make you feel good, then what’s going to happen is it is going to affect you physiologically in a very different way than if you believe it’s impossible. When you believe that things are impossible, you do not actually try and you certainly do not try with every fiber in your soul and every cell in your body. But when you believe that a medical treatment is actually going  to heal you and actually work, then you open yourself up to every possibility. And I like the idea of strong beliefs, and they have a chemical component in the brain as does every other neurological thought and if you line up your neurology so its headed in one direction you will be more likely to get there than if you don’t. And certainly in terms of it affecting your health, it’s really important to have strong beliefs. To me the first thing I always give to a client is unadulterated hope, that what I am going to do with them is going to becompletely different. And I do not mean hope in the sense of nominalization; I mean hope in the sense of a feeling, that suddenly this feels very different so they start thinking this is possible. Then I have to get from "this is possible" to "this is probable", then from "this is probable" to "this is inevitable". And once I get down that road, with whatever techniques I use…. to me the techniques are about affecting physiology, they don’t exist as things in and of themselves. They are tools. You do not drive a ratchet wrench. You use it to tighten an engine and the tools that we created are the tools to be able to tune up your mind and optimize your thoughts so you get the maximum out of your neurology.
Dr. Richard Bandler
www.richardbandler.com
This article has been excerpted from The Healing Pool Magazine - NLP Edition and is used with the express written permission of Gina Pickersgill - Founder of the Healing Pool Magazine"   Download your copy of the full NLP Edition containing articles on NLP and Healing by the world's top NLP Masters and Trainers - Eric Robbie, Phil Farber, Robert Dilts and Shelle Rose Charvet and many more....at www.virtuallyspiritualsoulutions.com
To learn NLP from Dr Richard Bandler, to Practitioner or Master Practitioner Level, just click here!

It was way beyond my expectations. An extraordinary experience

Testimonials Get the Life You Want - Oct 2017

Kerie Stevens... Wow! This is fantastic