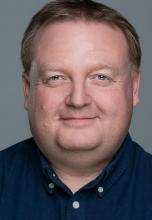 Darren is a former police officer who has interviewed thousands of suspects. They say statistically, the average person will tell at least 3 white lies to you in a ten minute conversation.

1 in 5 job applicants have committed a fraud in order to gain employment and research suggests we can be lied to up to 200 times a day.

As well as being a former police officer, Darren also has a history of both Clinical and Stage Hypnosis and is a also a Certified Master Practitioner of NLP and has over 20 years experience in the Personal Development Industry.

Darren is a also a regular on television with regular appearances on BBC1’s The One Show and on the famous sofa on ITV1’s This Morning with Holly Willoughby and Phillip Schofield.

Darren will also be appearing as an expert on ITV’s second series of Judge Rinder’s Crime Stories on ITV1.

The Masterclass with Richard Bandler was an outstanding experience

Testimonials Get the Life You Want - Oct 2019 from Therese

It did not last long enough...